The construction of a sixth cross-border bridge and market, together with investments in local enterprise, aims to bring economic prosperity and regional stability to one of the most remote border areas in the world.

On the 13th of July, the Aga Khan Foundation, the European Commission and the Government of Germany signed a new €20 million programme to build a sixth bridge and cross-border market on the Afghan-Tajik border. The work promotes commerce, connection, and community on one of the world’s most remote borders. Along with essential infrastructure, it will support 800 micro-enterprises, assist 1,200 entrepreneurs, and help expand 64 small & medium companies in Khatlon and Takhar provinces – all of which will improve the quality of life for thousands of people on both sides of the river.

On a hot day in the Tajik sun, we travelled to the border to meet with local leaders and community members. I joined Stefano Manservisi, the EC’s Director-General for International Cooperation and Development (DEVCO), Michael Gruber, Head of KfW’s division for Afghanistan-Pakistan and Board Member of the Pakistan Afghanistan Tajikistan Regional Integration Program (PATRIP) Foundation, and Yodgor Faizov, CEO of the Aga Khan Foundation (Tajikistan).

The new project will be funded by the European Commission and implemented by the PATRIP Foundation and agencies of the Aga Khan Development Network. It builds on almost twenty-five years of AKDN investment and activity in the region and complements work being done by many other development partners there, including the governments of Norway, Switzerland, the United Kingdom, and the United States, Germany’s GIZ and the PATRIP Foundation, UNDP, and many more local organisations. Ten years ago, His Highness the Aga Khan helped fund the first cross-border bridge and market, spanning the Pyanj River and linking the communities of Khorog, Tajikistan and Shugnan, Afghanistan. Since then, five more bridges and markets have been built by the Aga Khan Foundation along that Tajik-Afghan border, with the support of international donors and local organisations. (Continues…) 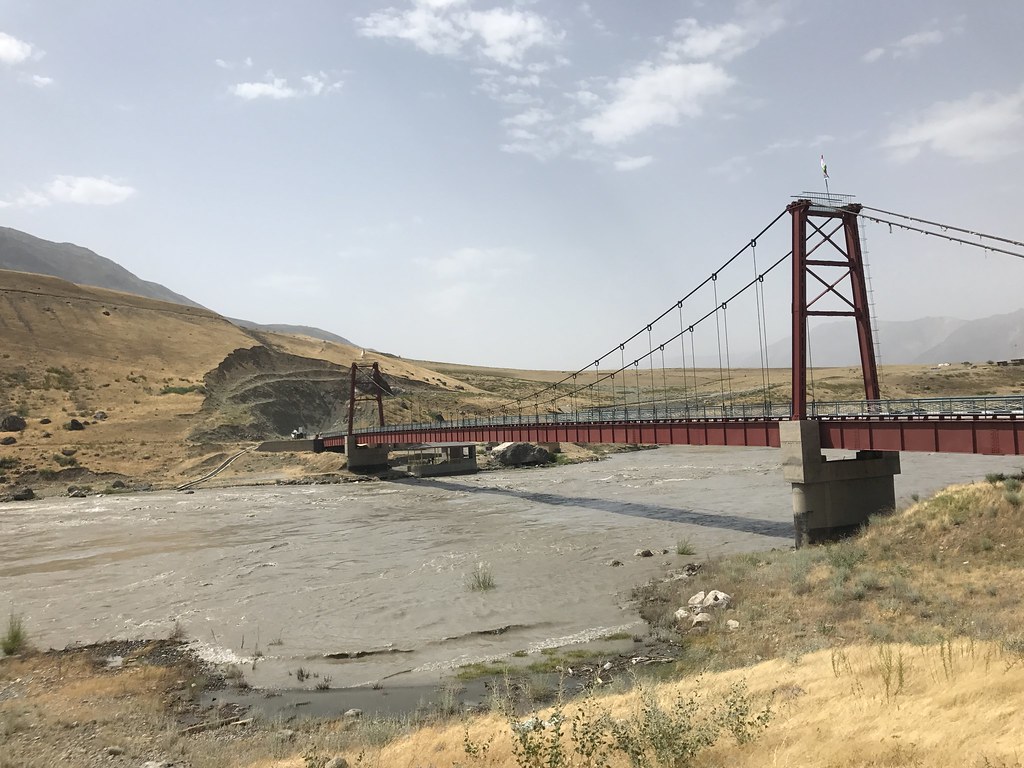 The progress these bring is tangible. A study last year showed that 60 percent of the local population used these markets to trade their goods and wares or to access necessary food and supplies.[1] Thousands of local people are using them each week or each month, whenever they are open for business. This has had an especially important impact on the Afghan side, where the nearest market used to be a five-day donkey ride from some villages – if all went well. Prices in these cross-border markets were often 20- to 30-percent less than those found elsewhere – making a significant difference for the average family earning $20 a month in Afghanistan or $40 a month in Tajikistan. In 2011, $1.3 million of goods were exchanged in just three of these markets – suggesting the potential these have for supporting local trade and livelihoods.

Security concerns require authorities to close the bridges and markets from time to time, diminishing their impact. Everyone we met with urged the governments to keep this vital infrastructure open: the positive impact on their lives and incomes is substantial. As World Bank research has recently argued, “Bazaars play major roles in regional and national chains of production and distribution with national networks strongly integrated and overlapping across Central Asian economies. Cross-border trade, largely intermediated by bazaars, fights poverty by cheapening products and by creating employment opportunities, especially for women.”[2] The connection and commerce they bring can also have a powerful stabilising effect: the incentives to resolve conflicts, reduce tensions, and promote security are substantially magnified.

As Stefano Manservisi commented to the Tajik and Afghan delegations, “Based on the European experience, we believe that borders can be places that unite people, not divide them. Borders should be places where people find reasons to work together.” Projects like this help connect communities and people, creating economic and political ties that reinforce deep cultural ones. As one of our Afghan hosts said, “We are the same people – we speak the same language, share the same families, worship the same God. The only thing separating us is this river and these national borders, but we are better off working together. These bridges and markets help us all.”

Dr Matt Reed is the CEO of AKF (UK)